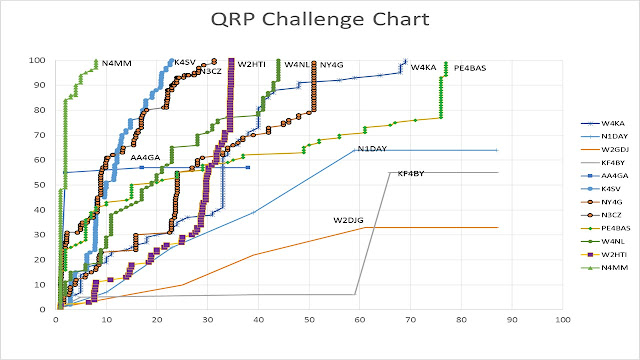 Dave W4KA just completed his Challenge on his day 69 and is the 7th finisher.  Dave's beam had a burnt balun and he had to make do with wire antennas. 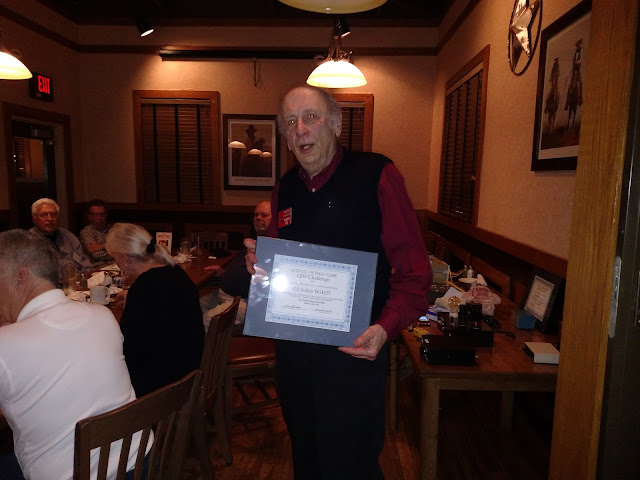 Posted by Ariel Jacala at 7:13 PM No comments:

VK0EK has been working 30m almost round the clock on 30m - I need an antenna for 30m with gain over my vertical. My vertical with the ground radials was at best 0.69 dBi based on my EZNEC models

I took down the 160m inverted L - thinking I would put up my 80m inverted L which also works on 30m.  Then I got to thinking, a 30m delta loop has gain on a dipole, 0.65 dBd - to be exact in free space and  -  if I put it up 70 feet, I can squeeze out as much of that 0.65 dB over a dipole..  I also get a quieter antenna so the signal to noise ratio is better.  My friend Matt - took on a different tact and fed it at the corner to have a vertically polarized pattern and to get a lower angle of radiation.  He was saying that he saw 3 S units improvement over his 80m inverted L.   It took a little work to put up the new antenna since I had to shoot up a new line into the tree. The pneumatic launcher came into play.  First I used the Chinese made string spools from eBay - that was a piece of crap - broke the string as the weighted tennis ball arched 20 feet over the 100 foot tall tree.  So I threw all 4 spools into the trash.   I went to my old reliable - 30 lb nylon line wound on a PVC coupler at the muzzle of the launcher and it worked like a charm.   This time I shot way up on a high branch.  My 165 feet of rope was not enough to make a full loop so it is at least 80 feet high.  I added another 20 feet of rope to make a continuous loop.  I did not have a 4:1 balun so I just matched it with the tuner.  The match SWR was 2:1 out of the box so it was an easy match for the tuner.  The delta loop was calculated to be 97.2 feet long forming a continuous loop and feeding at the center of the horizontal leg to polarize it horizontally.  I was probably able to get the apex as high as about 65 feet or so.

They say the proof is in the pudding.  I started calling when a VE and a US station was answering 599. I could hear VK0EK just above the noise floor saying NY4G NY4G 599 a few times - plus their new live web site confirmed it - 00:38 UTC logged Heard Island for #290.

Similarly, friends Paul W4FC and George W4BUW put up a 30m dipole just for grins.   Both of these guys are on the honor roll, so they don't need VK0EK for an ATNO.  They were also able to work the DXpediton on the dipole they erected.
In any event, time for a new stick pin on the map. 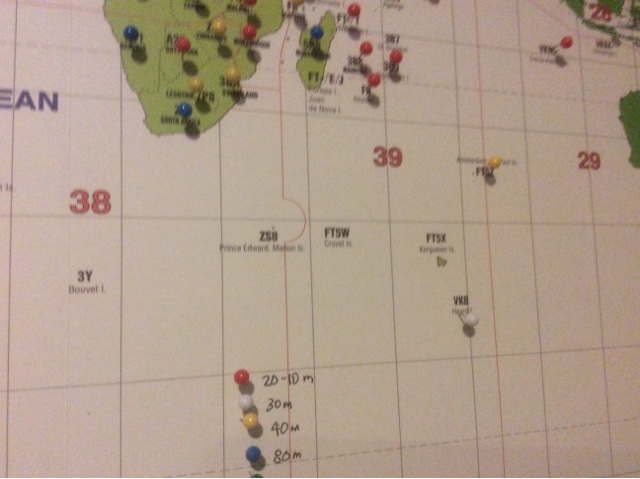 Posted by Ariel Jacala at 5:59 PM No comments:

The 3C7A (aka 3C7GIA) is a solo effort by Ken LA7GIA.   I have not had the opportunity to find him working North America until the second to last day on 3/20/16.   I got home from church around 4 pm local time - 2000 UTC and sat there while he worked W6/W7 for about an hour and a half it seems.  He finally lifted the W6/W7 restriction started working NA again.  I was ready for him and knew his pattern from sitting there observing him answer station after station.  Within a few calls on 2218 UTC I was able to get in his log on 20m CW.  He did not work many North Americans and I consider myself to be fortunate in having worked him.   This is probably amongst the top 10 hardest one for me to work.  He is now QRT as of 1400 UTC on 3/21/16.
Posted by Ariel Jacala at 2:53 PM No comments: 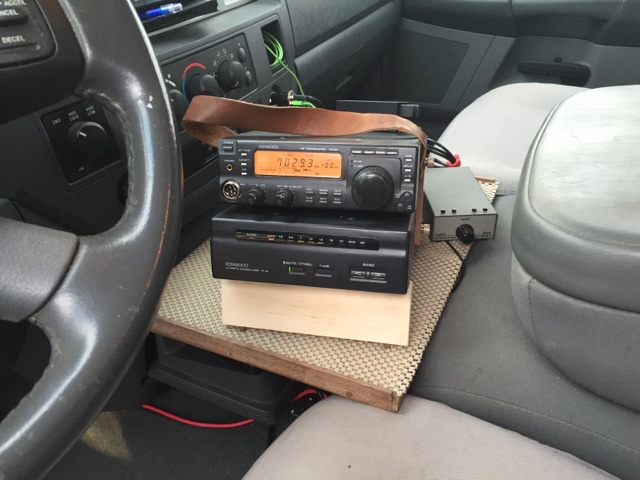 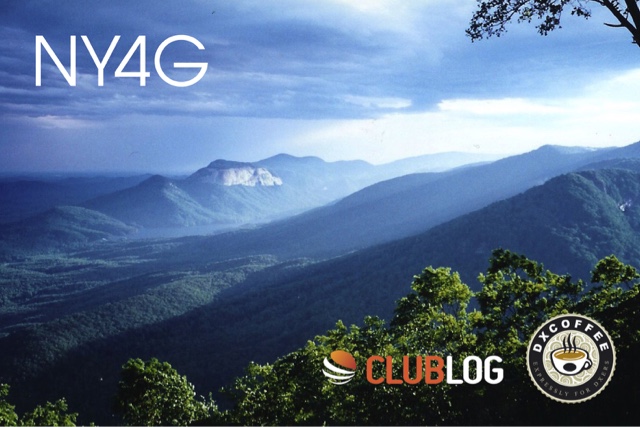 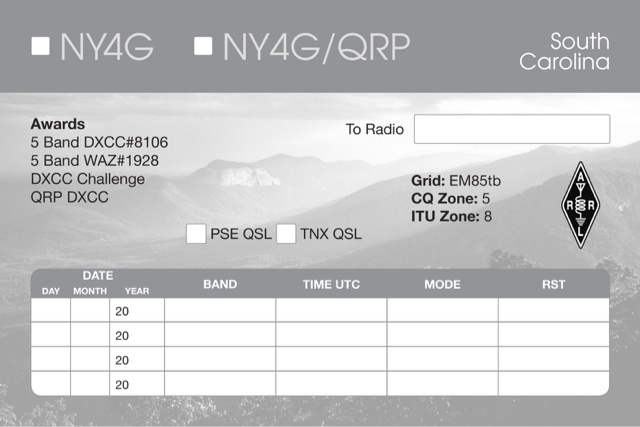 Posted by Ariel Jacala at 2:59 AM No comments: 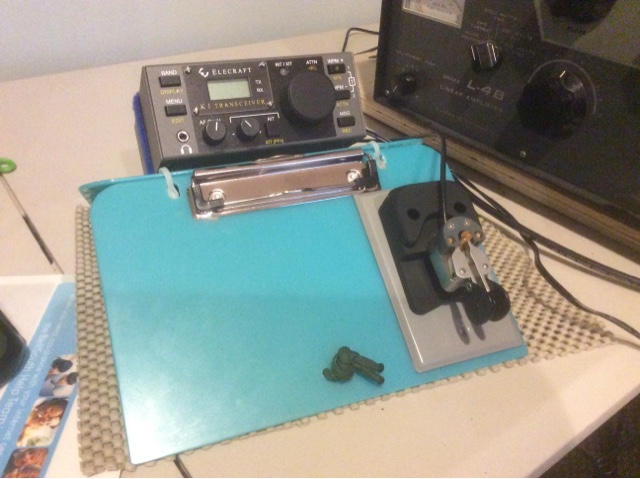 Well - the key is perhaps more expensive than the rig.  I had to sell a few things to get it.
Bob Mayo has the same key mounted on a steel plate which I ordered also from Amazon. 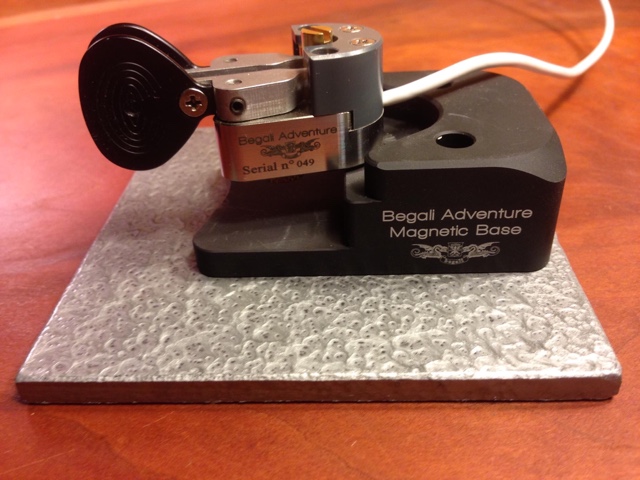 Posted by Ariel Jacala at 2:58 AM No comments:

I delivered Stan's Begali Adventure.  We saw that 10m was open and hopping and 5J0P - San Andres and Providencia DXpedition was on.  I decided to work him from Stan's place while I was there .  Stan had his KLM KT34 4 element yagi at 23 ft pointed at 158 degrees.  Not familiar with the K3, it took me a few minutes to find out where he was listening.   I then proceeded to call about 1.5 kC from his TX frequency.  Within a few calls he answered.

Posted by Ariel Jacala at 10:55 AM No comments: