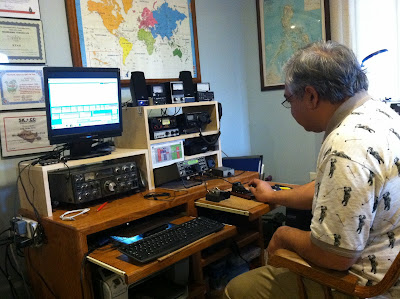 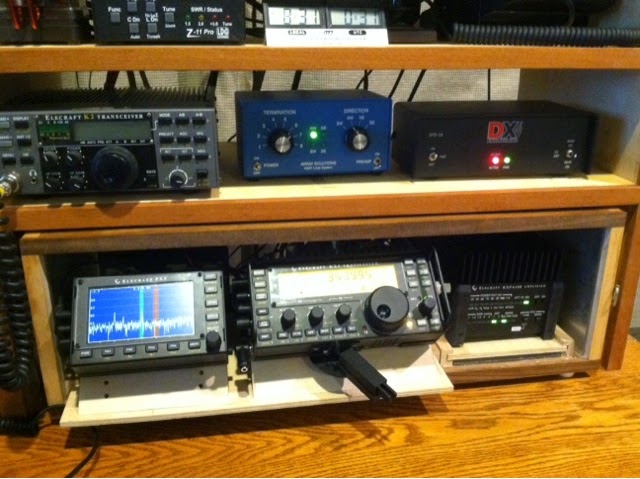 My name is Ariel Jacala and my call sign is NY4G.   I am a retired turbine engineer.  Amongst my many avocations is amateur radio.  My QTH (location) is Tigerville, SC, home of North Greenville University in the upstate of SC, and nestled in the foothills of the Smoky Mountains.  I was first licensed in February 2009 as a Radio Amateur, Technician Class with the call sign KJ4JGO.  In  February 2010, I upgraded to General Class with the vanity call KJ4REL.  Later that year, I upgraded to Extra Class in April 2010 with the FCC issued call sign for Extra Class radio amateurs as AJ4YM.  I then searched for a vanity call that was short, suitalble for CW work.  I selected and won in a lottery the call sign NY4G in July 2010.  This is somewhat ironic in that my interest in this hobby originated as a teenager in New York when I took a class in amateur radio in the Worlds Fair fairgrounds in Flushing.  While taking the course, I built my first FM receiver.  The interest became dormant for 30 plus years until I became interested again in 2008.

Shown above in the photo is my amateur radio shack that I kept between 2010 and 2012 time frame.  My main radio at the time is the K2/100.  My back up radios were the TS830S (my first HF rig).and the Yaesu FT897D - upper photo.  My current  remaining radios is comprised of an Elecraft KX3 and an Elecraft K2/100, my main and back-up HF rigs, respectively, as shown in the lower photo.

My main interests in this hobby are:

DXing:  making contacts with other radio amateurs in other countries.  I have worked and confirmed 312 DXCC entities.

Contesting:  participating in various radio contests - trying to make as many contacts in a specified period.  Sprints are rather short, 2 - 4 hours in length.  Others can last 24-48 hours.  A favorite of mine is Field Day, where radios are taken to the field, somewhere, and operated for 24 hours.

I also enjoy operating portable - and carry a rig and antenna with me at all times.  My favorite for field trips is the K1.

Kit Building:  I enjoy constructing transceivers and other radio related equipment.  I have constructed several Electaft kits, a K2, a K1, KX1 and a KX3.  I have also constructed a bunch of radio related accessories - dummy loads, watt meters, keys, keyers, wide band noise generators, and even an HF 50 watt amplifier,

Antennas:  I have constructed a Hex-beam, a ZS6BKW and EFHW dipoles. I have recently added bi-directional Beverage On Ground (BOGs) Receive Antennas.

The following are my amateur radio related club memberships.