GREAT job By all! Here is a state by state breakdown and the award winners:

Great job by everyone! I was SO suprised, I treated my self to McDonalds!
Who would ever guess that we did so well based on the conditions and solar flares!
Next year (2016) We will add another award for Just CW/Unlimited because there was a lot
of CW activity. My keyer broke and had to run with an old military straight Key-Terrible!

Please be patient for the awards, It take time to order and ship.

Best 73' and congratulations to all! Every year we get Bigger!

The slate of operators for SC K2L for 2016 are somewhat up in the air because we lost 3 operators - one due to a stroke.  We have to backfill theses spots.  The other states are gunning for us - NY has 12 ops now

Posted by Ariel Jacala at 12:23 PM No comments: 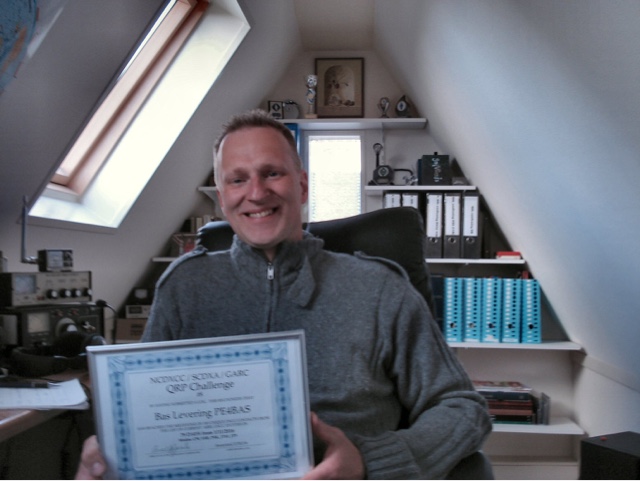 Bas Levering completed his QRP Challenge and he is here posing with his certificate.  Nice job Bas.   I hope to meet you in person someday- perhaps in Dayton or the biggest amateur radio festival in Europe - Friedrichshafen.  Again thanks for being a part of the QRP Challenge.
Posted by Ariel Jacala at 8:03 PM No comments: 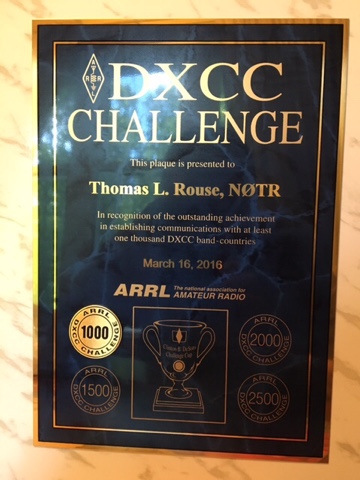 Posted by Ariel Jacala at 6:04 AM No comments:

I have wanted to have Spratly Islands in the log ever since 2015 when DX0P first tried to make world wide contact from Pagasa Island.   I failed then, propagation was not there and the ops did not seem know what to do with propagation when it was there.  However, this time, from Layang Layang Island,  with 9V1YC James Brooks, an experienced DXpeditioner, and his team mate from ZS would hopefully know what to do.  30m and 20m appear to be the only bands that make it to NA and only 30m grey line appear to make it to the east coast.  Every morning I listen for them.  Well I finally made it into the log of 9M0Z 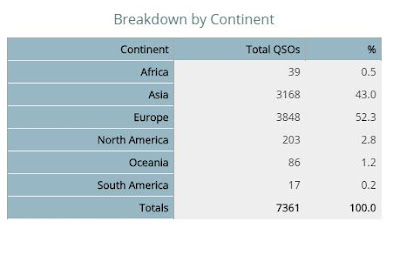 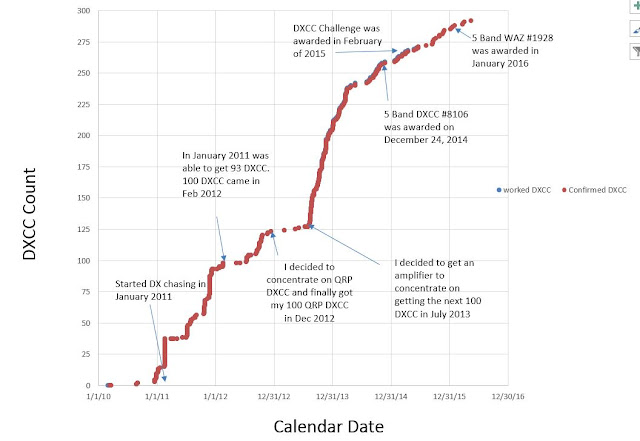 KU4XO and WM4AA have set the high water marks above 300 so I am in the chase now.  With any luck I might make it by the end of the year.  Back to 9M0Z, they have only 203 QSOs to North America  - based on the latest Clublog upload versus 3848 to EU and 3168 to JA and Asia.   So I consider myself one of the lucky few.  As for 300 by the end of a year it is a long shot as I not only have to make every ATNO scheduled DXpedition and then some unscheduled ones as well.  In order to get remotely close to 300 I must be able to confirm:

which only adds up to 298 which means I still have to get lucky with  somebody activating Jan Mayen, Nepal, Franz Josef Land, Myanmar, or maybe 5A1AL in Libya.  So it is still a long shot but it is possible.

Baker and Howland and Central Kiribati is now in the planning stages for some time in 2017.

Posted by Ariel Jacala at 3:36 AM No comments:

With the help of KF4BY,  the Clipperton L has now been added to the arsenal of linear amplifiers.  I realize I can only run one rig and one amplifier at a time.  The whole point is about redundancy and backup, and backup to the backup. 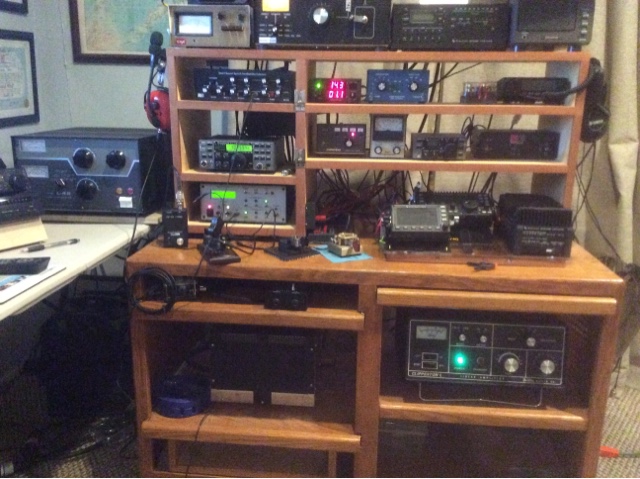 Posted by Ariel Jacala at 5:23 PM No comments:

Friend Matt has now reached 311 DXCC with the approval of all operations from Libyan Station 5A1AL.  There has been a lot of confusion as to what has been approved or not.   The definitive article stating unequivocal approval  has been hard to find on the internet.  Note also that there has been a pirate station identifying himself as 5A1A.  Some recordings of this pirate QSOs are here:

Make sure you work the legit station of Abubaker Alzway in Tripoli, Libya


Posted by Ariel Jacala at 4:15 PM No comments:

Friend Matt Holley KU4XO just reached the all important 300 milestone - the last centennial prior to Honor Roll.  He has been an inspiration to me.  It has taken him 8 years, the fastest of my contemporaries.  Thank you Matt for sharing with us your journey and congratulations. 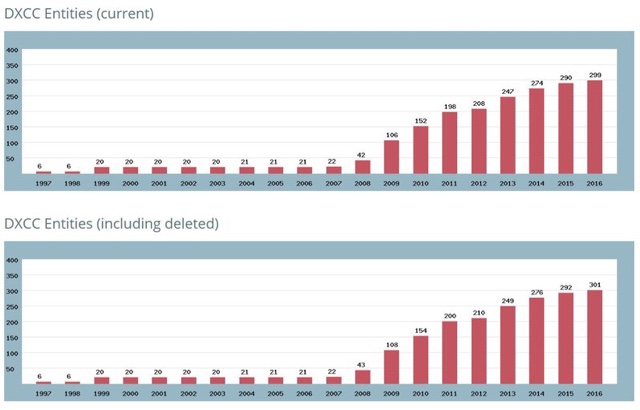 Posted by Ariel Jacala at 4:32 PM No comments: