North America improved to nearly 10%.  I would venture to guess that the US perhaps made 5000 QSO's.  The following is from Clublog

Posted by Ariel Jacala at 3:12 AM No comments: 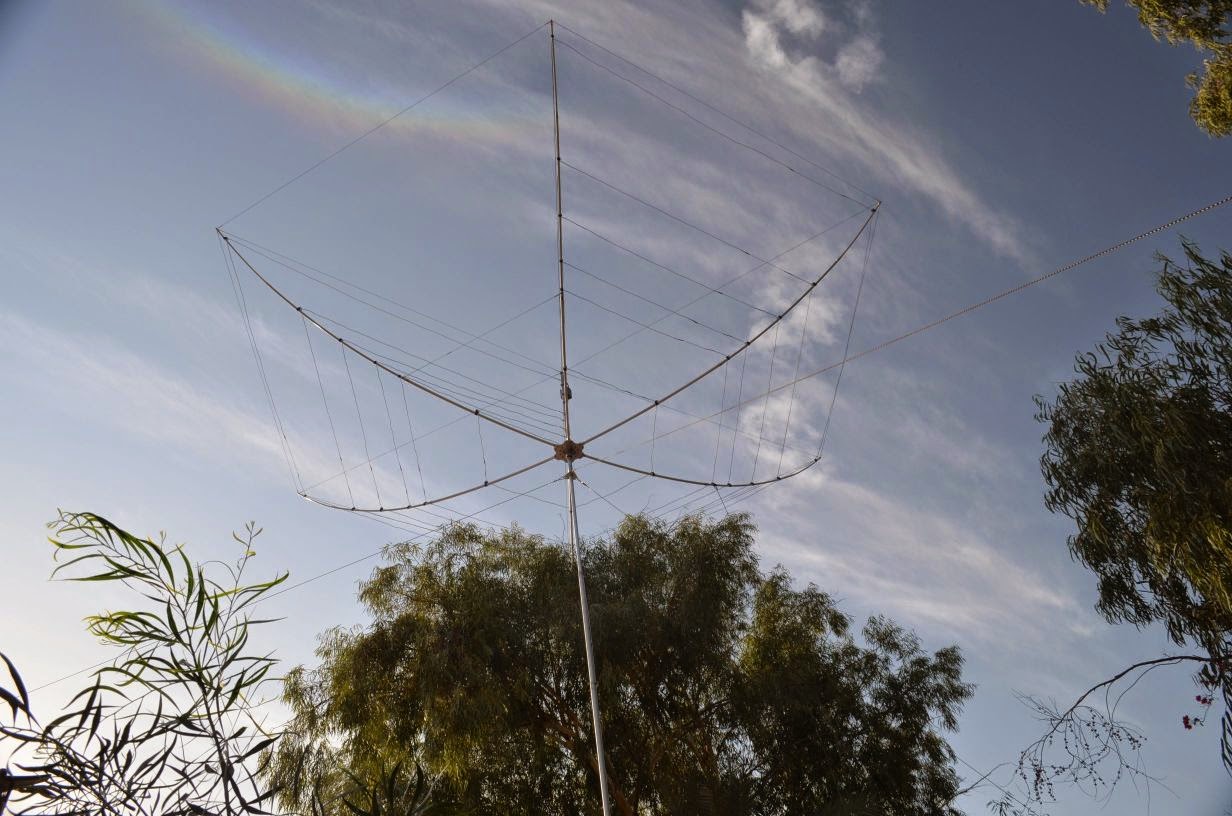 EP6T - "What we work for the hardest, is the most precious of all - Paul Greaves W4FC"

Let's look at some statistics.  These are not the final ones ....

North America only collected 8% of the total QSOs and the US less than that as the Canadians must have gotten a portion of it.

The most productive band is still 20m with 17m a distant second.

Needless to say, my peers in the US were happy to pick up even 1 QSO with this radio expedition as trying to make a QSO, with all the lids, jammers, local noise conditions on the island, was difficult at best, impossible for some.  KU4XO worked an entire weekend for a QSO (lots of coffee, Mountain Dew, and little sleep.  WM4AA spent 8 hours of total calling time to get one QSO.  Some, like, ND7J, with sleuth and luck working together, were able to do it with one call.   In my case, it was handed to me like a gift by Dave K4SV.  I went to Dave's station in Tryon and he was working EP6T on 20m CW when I entered his shack.  Within about a minute of my entering the room,Dave worked him and I tail-ended on his TX frequency my call - and he answered TU 599.  I had tried to work EP6T on 30m for several nights without much luck although 30m propagation had been good.  The day after working him, I went to the station of Bob ND7J and we tried to work them on several bands and modes - 17m CW, 15m phone, 12m phone without any luck.  At the time of this writing - only one QSO for me.
Posted by Ariel Jacala at 1:20 PM No comments:

It looks not very good for chasing this DXCC entity.  Peak propagation is on 15m at 14 UTC or 9 AM when I am at work.  30m seems OK though from about 20 UTC to the early hours of the morning (7 PM to midnight local EST).  So far only KU4XO, K4SV, W4KA and N3CZ have made it into their logs of the people I know.  I still have to mount a concerted effort.  KU4XO tells me - he spent the whole weekend chasing these guys down - lots of coffee and mountain dew and not much sleep - running a kW and a half on a Carolina Windom.  He said he left nothing to chance and ran legal limit. He got in on 17m phone. The image below is from VOACAP On-line. 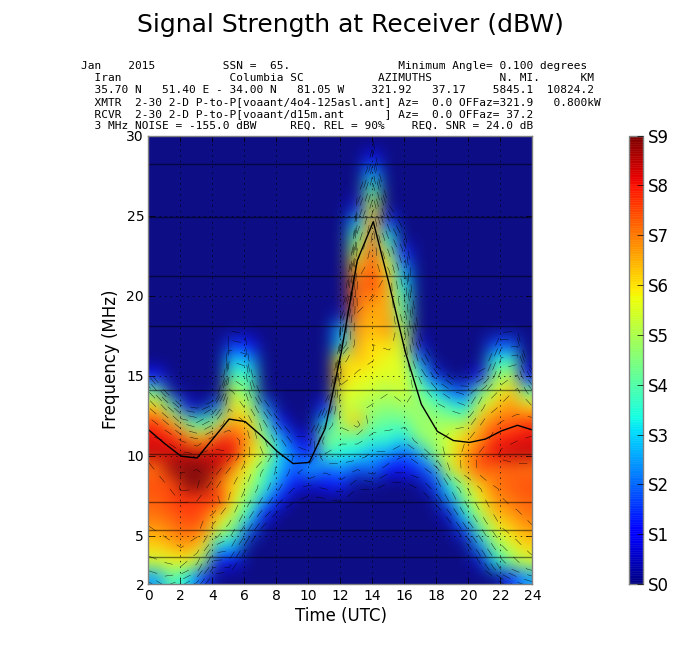 Compare the above plot for the SC W4 to EP plot to the DL(Germany) to EP path below.  There is much stronger signal going into Europe than into the US. 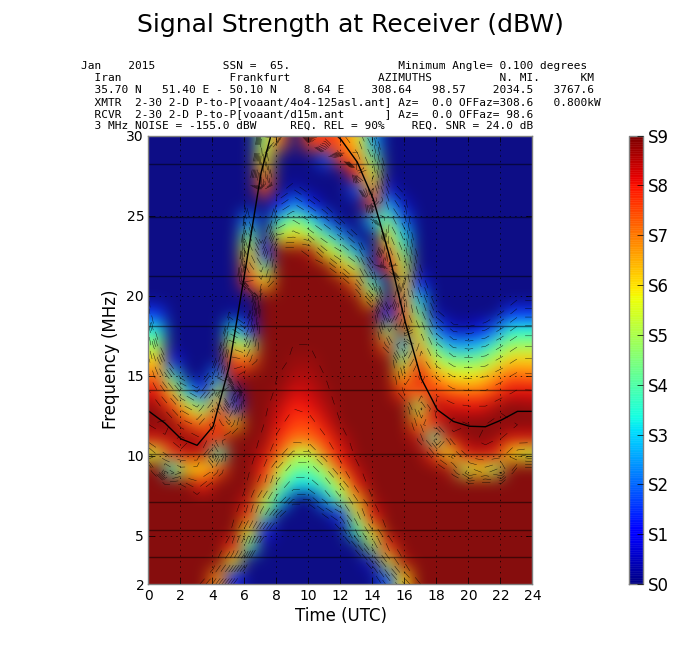 Posted by Ariel Jacala at 12:05 PM No comments:

2014 had been a good year. It is a year of growth, accomplishments, learning, and developing friendships,   From an accomplishment perspective it is all about the numbers, mostly centered around operating.  "Amateur Radio" will not be amateur radio without the operating aspect - and most operating centers around making contacts to places far and near and then confirming it with the contact with a QSL card.

5 Band DXCC - I added 80m to the DXCC roster.  I also added 17m DXCC in 2014.  80m DXCC was especially rewarding as it was also very challenging to make distant contacts in the low bands.  17m DXCC was almost incidental and did not take a special effort,  On 80m, however, the last few were not that easy as can be seen in the chart below: 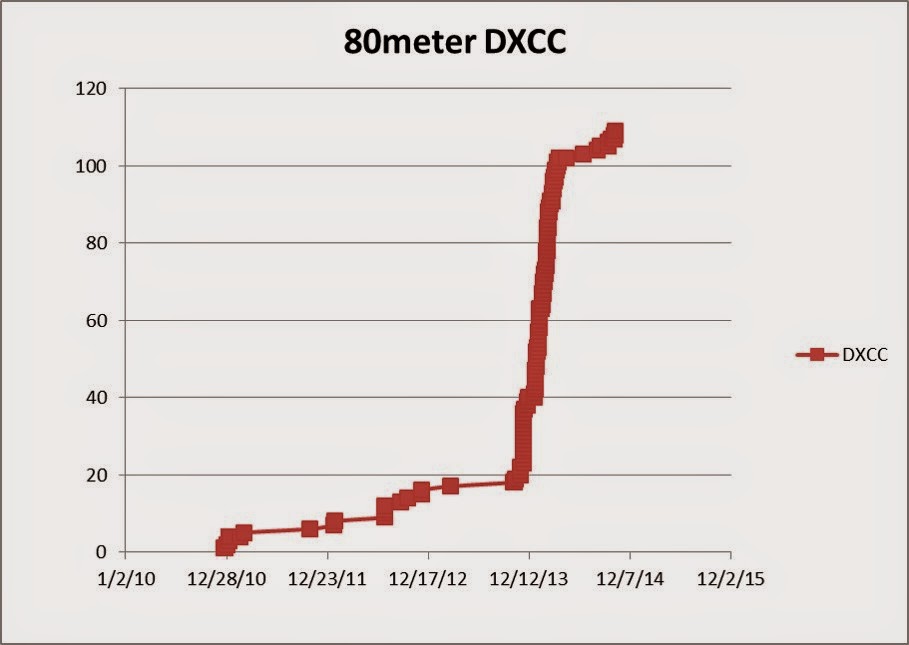 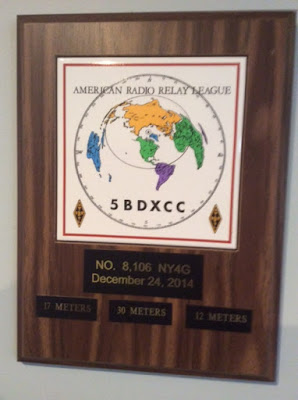 Accumulating "challenge points" towards the ARRL Challenge Award was another highlight in 2014.   As can be seen in the plot below - 2014 was a specially productive year.  There was a noticeable change in slope in 2014.  The fall of 2013 was pretty much focused on accumulating all time new ones while 2014 was focused on filling in empty band slots and to a large degree I was successful.  Chasing 80m DXCC was a big boost to this as well.  At the end of calendar year 2014 - I had confirmed 941 band points.   While this is still short of the 1000 required to get the Challenge Award - adding 600-700 band points in a single year is a significant accomplishment.  Paul Greaves W4FC - ARRL card checker was involved with every other dot on that chart.  Each dot on the chart signified either a LOTW application or an ARRL DXCC application that required a card checker.   Thanks Paul - for checking all those cards for me.  Paul was always very encouraging and is my role model when it comes DXing.  Paul has 339 DXCC and only needs North Korea.  K4SV Dave and W4BUW George are also role models.  George has all 340 including North Korea.  Dave K4SV  is only missing Heard Island. 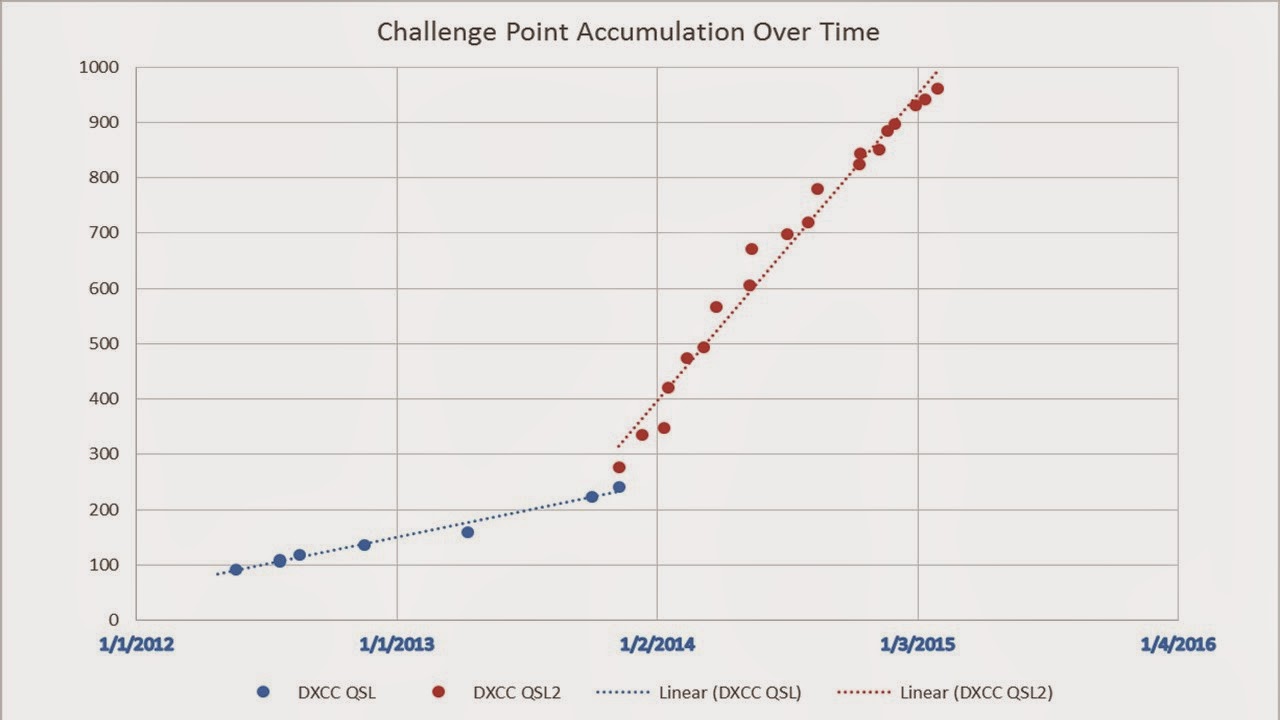 The ARRL did something really worth admiring in 2014 - the Centennial QSO Party.  It got a lot of people into operating.    I finished with 28000+ points and in the top 10 in the South Carolina Section for QP points and will be the recipient of the Top Level Award (for point holders over 15000 points).  What the QSO Party enabled me to do also is to acquire the Triple Play WAS award for working all states in digital modes, CW and phone.  I also worked ARRL W1AW/p operators from every state.  I even operated as W1AW/7 from Nevada as control operator in a mountaintop station in the Nevada Rockies from the comfort of my shack in South Carolina - thanks to Remote Ham Radio.  This was gratis.  Being on the chased end of the pileup is quite an experience.  I operated on phone, fearing that I will totally fall apart if I operated CW.

We conducted a mini Field Day July 2014 in Boone NC and operated as a multi-single in the IARU HF Championship.  It was great fun spening time with Bill N4IQ, Bob ND7J (ex KK4PGC), Phil AC4Q, Larry KK4QOB, and the rest of the gang.  We had antennas up to gazoo.  There are some blog posts dedicated to that activity.

ARRL Field Day 2014 was with Brian KA4PBR and we operated QRP with batteries and got to experiment with an MFJ  portable magnetic  loop antenna.  We made about 200 or so QSO's.

Bill N4IQ and I got to operate portable on the Blue Ridge Parkway.

Brian KA4PBR  and I went to the Shelby Hamfest

Bill N4IQ, and his twin Phil AC4Q and I rode together to the NCDXCC Conference in Pigeon Forge NC.  That was a great experience in itself and opened some insight into the world of DXpeditions and contesting.

As far as new friends go, I met Matt Holley KU4XO.  As far as old friends go, Matt WM4AA, who first inspired me to what is possible when I was just a General, continues to be a steadfast friend with whom I have shared many a Field Day as well as the exploration of new equipment and operating modes.  Tom Rouse, N0TR, has allowed me to visit his shack many times, allowing me to partake of his wife's cooking.  Bernice is a great cook.  Tom is great story teller.

We (ND7J, N4IQ, AC4Q and mysel NY4G) were originally planning to go to a Aruba on a DX and Contesting vacation at the Contest Station of Carl Cook AI6V (P49V).  We received word in December that Carl died and left her widow Sue AI6YL (P40YL) to manage the house in Aruba.  I contacted Sue about the implications to our travel plans.  Sue has the house for sale and was not sre whether she will be the owner when we arrive.  We scrambled for alternate plans as we had already prchased airline tickets to Aruba.  Sue graciouusly returned our deposit money.  We looked at alternate sites and settled on going to the Contest Station of Ken Widelitz K6LA (VY2TT) in Prince Edward Island. Bob ND7J took charge of early preparations and even constructed a web site dedicated to the DXpedition.

Bill N4IQ and I learned about K9AY receive antennas from Krish - the VU4AG Dxpedition leader.  Bill and I were both interested in the low bands and wanted something more potent as a listening antenna.  Before too long, both he and I installed one in our respective stations and garnered the benefits of it.  I erected a 160m inverted L with elevated radials.  I worked 41 states in the ARRL 160m contest and confirmed 36.  I also confirmed 12 DXCC on 160m so far in 2014.  I gave a presentation on what I have learned at the Greer Amater Radio Club meeting.

To KF4BY - Stan keeps my equipment running when I can't figure out what to do.
To Ken W4HKZ - for his service to the club and for his Drake L4B - without which I would not have accomplished half of what I could
To Dave W4KA and his early encouragement in DX chasing.  My soldier amplifier came from him.  The Elecraft KPA500 has done yeomans duty.  It is now on all the time - my QRP days are a distant memory.

To all my friends in Amateur Radio - Happy New Year 2015 - and may the propagation gods be ever in your favor.

Posted by Ariel Jacala at 11:21 AM No comments: