QSL's have slowed down to a trickle.  Ivory Coast TU7C ad El Salvador YS1YS confirmed in LOTW.   I was able to work HP1RN in Panama for #96 worked and Malta 9H1XT for #97 worked.  Confirmations now stand at 80 and still waiting for the 5U5R upload into LOTW..  There is still plenty of year left for DX Marathon.  DX Marathon now stands at 87 DXCC and 26 Zones.  I have discovered that the problem with my 160m antenna detuning SWR is because of water in the transformer.   I now have place drain holes in both the 160m and 80m transformers. 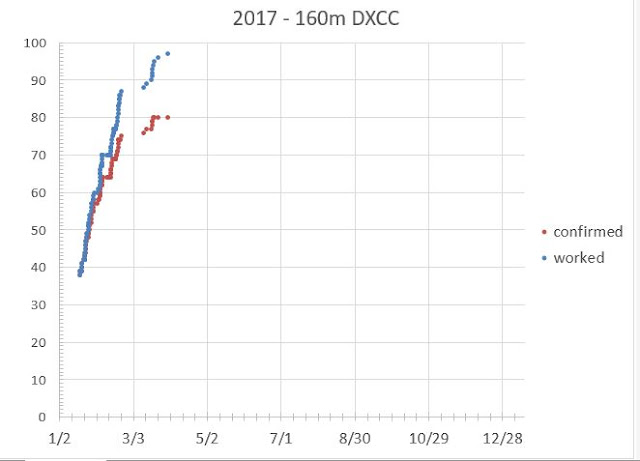 I decided to move the sweet spot of the 160m antenna to be more amplifier friendly as the AL1300 is finicky about SWR.  Afterwards, I tested the amps and the antenna tuners in a pileup envirornment chasing 5U5R.  With the tuner in bypass, there were no trips or faults and it appears my antenna tuner is fully mended.  Also Venezuela and  Aland Islands confirmed in LOTW. 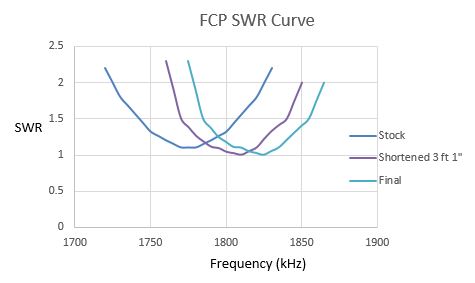 At around 01:55 UTC I was finally able to work TU7C with my call now in the TU7C log.  I did manage to fry the antenna chain somewhere on the KAT500 as I was continually running 1200 Watts on the ALS1300.   I have to get this now repaired somehow.  I ordered a replacement for the AT2KD which I sold to a friend which will be a dedicated tuner for the ALS1300.

At around 02:40 UTC I was able to work TU7C and OH0Z in quick succession - still with the old amp.
Or at least I thought I did.  When the log was uploaded to Clublog - my call was not in the TU7C log

To my surprise however - I was able to chase down 5U5R on both 80m and 160m and it was confirmed in the on-line log.

I did want to see that my antenna is working properly.  I heard KL7/VE7ACN  calling CQ in the morning and made contact.   He appeared to be the only one strong enough in the RBN that I can work today.   He wan not picked up by W4KAZ skimmer in NC and he was just above my noise floor..  JA7QVI was also  just above the noise on my receiver.  The west coast skimmers were picking him up but none of the east coast skimmers.  I could not break out above his noise floor with 800W.  He was able to work stations on the east coast running more power.   My new amplifier the ALS1300 is enroute and promises to be QRV 3/18 - still  in time to try to help me work TU and 5U and maybe even S2 and 9N.

QSLs from HA8RM and HL5IVL received today.  The QSL from VO2NS was also received (needed for Zone 2 DX Marathon).  The confirmed count is now 76.  El Salvador YS1YS confirmed in LOTW. I tried to work 5U5R until his sunrise but no luck.   I did the same thin with TU7C - tried to work him till sunrise - also no luck.

The following entities are expected to transmit in top band during the months of May through July
FS/K9EL Jersey - May 1-15
MJ/PA1AW Jersey May 8-11
FP/KV1J - Saint Pierre and Miquelon - July 4-18
Posted by Ariel Jacala at 10:39 AM No comments: